She had entered the city the previous day through the Mickelgate Bar. York was one of her many stops on the way to Scotland to marry King James IV. Later in her journey Margaret stayed at Alnwick Castle. 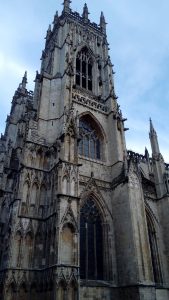