‘The King’s Pearl: Henry VIII and His Daughter Mary’ Interview with Melita Thomas

Melita Thomas is the author of ‘The King’s Pearl: Henry VIII and His Daughter Mary’, which was published by Amberley in September 2017.

Melita is also the co-founder and editor of Tudor Times, a repository of information about Tudors and Stewarts in the period 1485-1625. 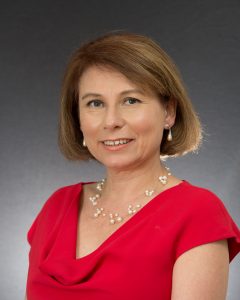 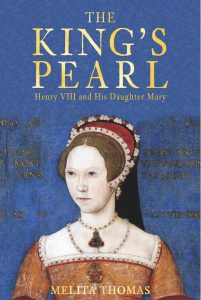 I have always been interested in Mary, and found that most historical accounts of her, until very recently, were so prejudiced against her, as a woman, as a Catholic, and as the wife of a Spanish king, that the analyses of her character and reign seemed to fly in the face of evidence. She is described as stupid, as politically naïve, as hysterical, yet when you look at the facts of her life, she was clearly extraordinarily courageous and determined.

Even more recent work tends only to compare Mary with her half-sister, Elizabeth. Although such e such comparisons are sometimes favourable to Mary, it seems a pity that she is only seen in contrast with Elizabeth. No-one compares Edward IV with Richard III or George IV and William IV (to pick other pairs of sibling monarchs), so why do it to Mary and Elizabeth?

A new generation of historians, such as Dr Anna Whitelock, Dr Linda Porter and John Edwards have been far more balanced and even-handed in their assessments, but they concentrate largely on Mary’s reign. I wanted to understand more about her youth, and the forces that created her. What gave her the self-belief and the iron determination to stand up to Henry VIII and Anne Boleyn for three years, from the age of 17 to 20?

I hope that my book will illuminate the period in Mary’s life that shaped her character – her education, her parents’ assumption that she would be a queen or an empress, and her period as de facto Princess of Wales, when she was acknowledged in treaties by Henry, if somewhat despondingly, as his heir.

Mary was a far more subtle political player than I had realised. I had tended to think of her as a straightforward woman – what you saw was what you got – perhaps unconsciously another comparison with the subtle and often devious Elizabeth (not that I mean that as a criticism of Elizabeth – it is perfectly possible to admire both women, although they were different in many ways.)

I was particularly intrigued by her circle of friends and acquaintances. She was on gift-giving terms with a wide range of people with differing political and religious beliefs. Obviously, gift-giving in the Tudor period was not a sign of close friendship, being more of a transaction, and an indicator of allegiance, but it suggested that at the very least Mary was more influential at her father’s court than she has previously been portrayed.

Did you learn anything new about Mary?

I knew before that she liked to gamble, but I did not know how heavily, so that was interesting. It seemed to me that, in fact, risk-taking was an inherent part of her character, the best proof of that being her gamble on defeating the attempted coup of 1553. With that insight into her character, some of her actions become more understandable.

The other thing that I felt came out of the research, although, since it relates to someone’s emotional state, can’t be proven, is that Henry was genuinely attached to his daughter. He was deeply upset emotionally by their estrangement, and even during it, he was never quite whole-hearted in the programme of psychological pressure that was put on her. Every now and then, he would crack and treat her more leniently.

How did Mary’s relationship with her father change after their 1536 reconciliation?

They were both hugely relieved. She had been the apple of his eye as child, and the estrangement had hit both of them hard. But there was always an underlying suspicion on Henry’s part that she had not been sincere in her acceptance of the annulment and his position as Supreme Head of the Church. Nevertheless, he wanted to believe her, and he avoided probing too deeply. An example is the Exeter Conspiracy. This resulted in the deaths of many of Henry’s relatives and former friends, all of whom were close to Mary, yet there is no evidence she was ever questioned, and Henry’s line was that they had attempted to lead her astray.

Did you learn anything new about Henry VIII?

He was more emotionally sensitive than I had perhaps thought, and he was absolutely unable to make the first move to heal a rift with anyone. The first move in their reconciliation came from Mary, and other examples of this are in the diplomatic relations he had with European rulers. If there had been a rupture between him and other rulers, he would never make the first move. He would allow himself to be talked round, but he always had to be the one to be placated.

What lessons did Mary learn from her relationship with her father?

Interesting question – not one I have asked myself before. The things that occur to me first are: that if you stuck to your guns firmly enough, you would eventually get your own way; to seek alliances to counter the power of France; that monarchs needed to marry and beget heirs, and that a show of strength may be taken as the real thing.

This entry was posted in Interview and tagged Interviews, Mary I, Melita Thomas, The King's Pearl. Bookmark the permalink.