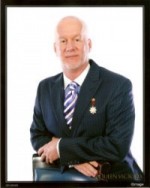 The main points Stephan makes are:

Henry VIII had 3 surviving off spring but 4 acknowledged surviving children. Henry Fitzroy plays a part in this story.

Modern myth that Edward VI was a sickly child. Edward was ill mid-February to 6th July 1553

Both Edward’s half-sisters, were still by law illegitimate. They had been restored to the succession, they could succeed Edward but they could not inherit from him.

Creates a legal problem. In English common law, an illegitimate person cannot inherit from their parents. So how can you restore someone to the succession if they are illegitimate?

When Henry died in 1547, he only had one legitimate child, Edward VI.

Edwards takes a different tack on the subject to current mythology and other biographers.

Traditionally 2 explanations why Edward VI wanted to remove Mary and Elizabeth from the succession.

First explanation- For Mary, the common explanation is that Edward wanted to protect his religious settlement. Edward was concerned that Mary would take the country back to the Catholic church. Does not explain why Edward removed Elizabeth, who was Protestant.

Second explanation – It was all John Dudley’s fault. Duke of Northumberland was eager to retain power, he knew that when Mary came to the throne, she would probably have him executed. So in order to preserve his own life and his own power, he supposedly engineered this whole thing and forced it on Edward, in order to make his own daughter-in-law Queen, so he could be the power behind the throne.

Both of those explanations have some validity for the individuals that they apply to but they do not explain why the larger political world in England went along with this.

Edwards’ argument is that the real foundation for the whole thing is that Mary and Elizabeth were unmarried females. Illegitimate yes, that was important but more important was that they were unmarried women. In 16th century English culture, women did not take positions of power. They were barred from the church, they could not vote, serve on juries or run for elected office.

How could you suddenly bring a woman to the throne to do traditionally masculine things? That was the uniting foundation of the entire succession crisis.

Edward VI was going against his father’s wishes. However, Edward was responding to the political culture that said that there could not have a woman on the throne and that was a view that Henry shared.

Henry had put Mary and Elizabeth back into the line of succession only very, very reluctantly. It was done with the expectation that when he returned from war with France, he would have more sons by Katherine Parr.

Jane was raised as a quasi-royal person. Always referred to ‘The’ Lady Jane Grey, instead of just ‘Lady Jane Grey.’

Exceptionally well educated for a woman at the time. It was fashionable for daughters of wealthy people to be well educated.

Edward knew by March that he was unlikely to survive. Around that time he began to work on the ‘Devise for the Succession.’ All of the heirs were unmarried women. The most likely prospect was that if any of these women inherited the throne, they would marry a foreigner. The man would automatically become King.

Assumption that whoever inherited the throne would marry, so what would they do about that? John Dudley came up with the idea of getting Jane married beforehand, to an English man and to an English man that they knew would support the continuation of the Protestant reformation within the English church.

Virtually the only person who was available for Jane to marry at that point was Guildford Dudley. There was no one else of suitable rank, suitable wealth, position, education or title to be Jane’s husband.

History is ambiguous about whether Jane wanted to marry Guildford. Jane seems to have resisted the marriage a little. There is a lot of mythology that she was beaten, that he father had to threaten her and that her mother whipped her, a lot of stories about how she was coerced into the marriage.

Edwards does not believe that this is true. There is nothing in contemporary sources generated during Jane’s own lifetime to support that idea. That she had to be remonstrated with by her parents is documented, that she had to be beaten and coerced that is not documented.

It would have been against everything that Jane had been taught religiously, resist her parent’s choice of husband for her.

Jane was a big fan of religious reformer Heinrich Bullinger in Germany. Bullinger had written an extensive treatise on marriage. The first duty of a Christian youth was to obey their parents in the matter of marriage. For Jane to have resisted this to any degree, would have been a violation of her Christian duty.

The mythology says that Jane did not know she would be Queen and yet we are expected to believe that her husband, her parents and John Dudley were involved in this and this was a girl who was so intelligent that she could converse in 8 languages, how could she not know what was going on?

Edwards is convinced that Jane had been more or less unofficially informed several weeks before hand. Jane’s account of when she was told that Edward had died and that she was Queen, Edwards thinks has been misread.

Jane and the entire government simply did not have the support of the common people. The people knew Mary Tudor as the heir after Edward. People knew who Lady Jane was but her own mother was still living, why did her own mother not inherit before her?

Edwards does not think that Mary thought at the outset that sending out letters to the Council and others to get support, would have any effect. The common people immediately rallied to her cause.

When Jane was proclaimed before the crowds, the crowds remained silent. All accounts of the event, agree that there was no response.

Ships sent by John Dudley, defected to Mary. In the space of 48 hours, Mary realised that the common people were on her side.

Edwards’ research suggests that religion did not play a role among the common people. It was more of a concern of the educated elite. People supported Mary because she was the heir that they understood regardless of her religion.

There was the assumption that Jane would be Queen and Guildford would be King. So there would be a man on the throne. When Jane refuses to allow this, she is subverting the Council’s entire plan. Her own councillors very quickly began to abandon her.

Jane was executed because she was still a threat to Mary. Rebellion specifically against Mary’s choice of Philip of Spain as a husband. Rebellions could make Jane their figure head.

You can listen to the interview at:

ABC Radio – The rise and fall of Lady Jane Grey.

This entry was posted in Radio and tagged Interviews, Radio, Stephan Edwards. Bookmark the permalink.