In January I visited the Tower of London with my friends who were visiting from America. It was the fourth time we have been there together. 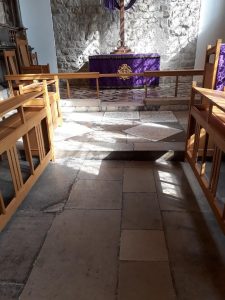 My article, ‘The Places That Jane Grey Knew’ appeared in the January edition of Tudor Life Magazine (from the Tudor Society). 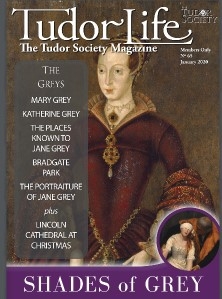 The ‘In Fiction’ series continued with the anniversary of the death of Lady Katherine Grey on 26th January 1568.

‘Mary and Philip: The Marriage of Tudor England and Habsburg Spain’ by Alexander Samson, which mentioned Jane was published at the end of the month. 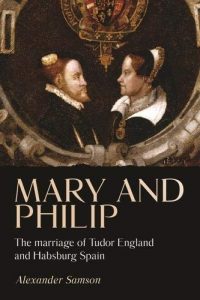 In February I interviewed Sylvia Soberton about her book, ‘Rival Sisters: Mary & Elizabeth Tudor’ which was published in November 2019. 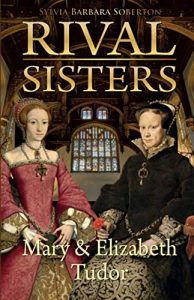 Another book that features Jane was also published this month,’A Hidden History of the Tower of London’ by John Paul Davis. 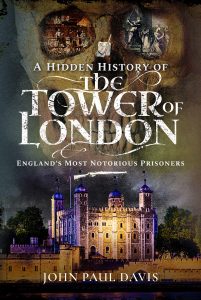 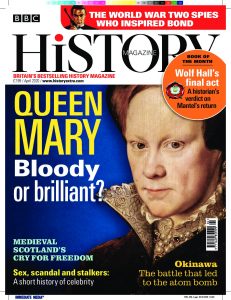 The ‘In Fiction’ series continued with the anniversary of the death of Lady Mary Grey on 20th April 1578.

The BBC History Extra podcast, ‘Everything you ever wanted to know about the Tudors, but were afraid to ask,’ featured Tracy Borman answering questions about the dynasty and Lady Jane featured in 2 questions. 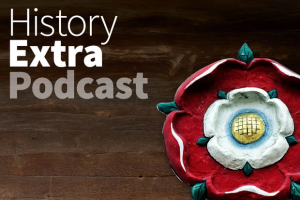 In May, Jane got a mention when the TRE podcast interviewed Laura Brennan about her latest book, ‘Elizabeth I: The Making of a Queen’ which was published in April.

Kyra C Kramer’s article, ‘Why Jane Grey’ appeared in this month’s issue of Tudor Life Magazine (from The Tudor Society). 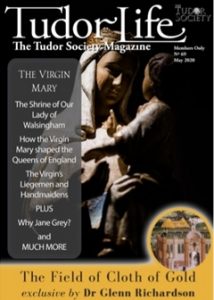 Laura Brennan answered my questions about her book, ‘Elizabeth I: The Making of a Queen.’ 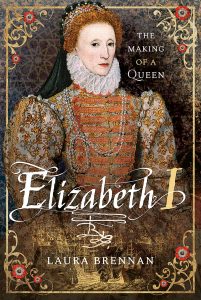 I marked the 467th anniversary of Jane’s reign by looking at the relationship between Edward VI and Jane.

Also this month I interviewed S J Hodder about ‘The Queen’s Sisters: The Lives of the Sisters of Elizabeth Woodville.’ 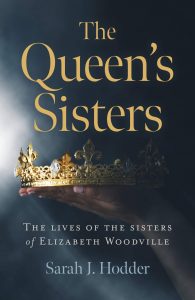 Bestselling historian Amy Licence, launched her Tudor jewellery collection of earrings at The Tudor Pearl. Included in this collection are ‘The Lady Jane Grey.’ 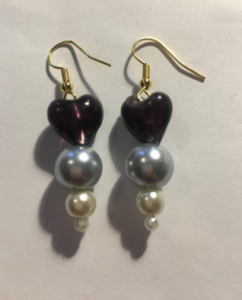 ‘The Honey and the Sting’ by E.C Fremantle was published in August and Elizabeth answered my questions in an interview.Thanks to Michael Joseph (Penguin Random House) five lucky readers won a copy.

Issue 94 of All About History Magazine had an article by Callum McKlevie that has the briefest of mentions about Lady Jane. 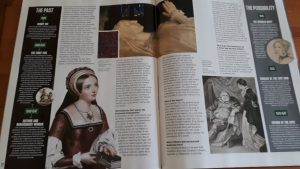 (c) All About History Magazine

In September the ‘In Fiction’ series continued with the anniversary of the funeral of Katherine Parr on 7th September 1548. 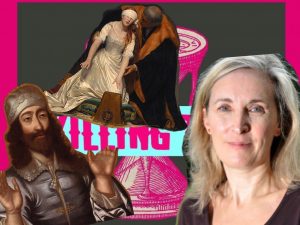 The ‘In Fiction’ series continued with the anniversary of the funeral of dowager Queen Katherine Parr.

The October issue of BBC History Magazine had an article by Tracy Borman that briefly mentioned Lady Jane. 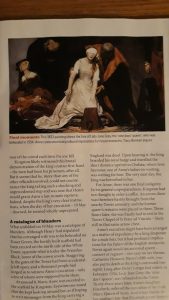 In October I interviewed Janet Wertman about ‘The Boy King’, the last book in the ‘Seymour Saga. 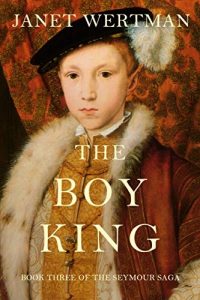 A possible new identity for the Teerlinc miniature was put forward by Polly Saltmarsh in Portrait of an Unknown Lady. Jane also featured in a number of podcasts. Melita Thomas discussed Lady Katherine Grey and Edward Seymour: A Tudor Love Story at the Tower at Past Loves. Vulgar History podcast ran a series called ‘Lady Jane Grey, or How to Lose A Queen In Nine Days.

In November I interviewed Sylvia Soberton about her book, ‘Medical Downfall of the Tudors’ which was published in October and featured Jane. 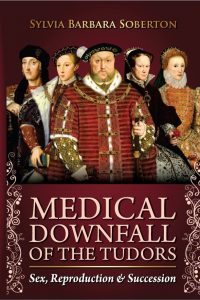 The December issue of BBC History Revealed Magazine had an article about the palaces and castles that shaped the lives of the Queens of Henry VIII. ‘Fit for a Queen’ included 3 places with links to Lady Jane: Syon House, Sudeley Castle and the Tower of London. 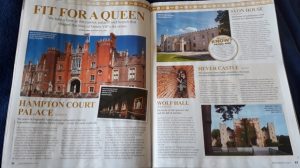 Also this month Jane featured in another podcast when Leanda de Lisle discussed the Grey sisters at the Tudors Dynasty podcast. Nicola Tallis also gave a talk about Jane, the subject of her book, ‘Crown of Blood: The Deadly Inheritance of Lady Jane Grey.’ 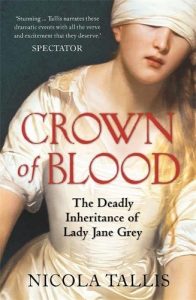 In case anyone other than my Mum reads this, Lady Jane Grey Reference Guide will be 20 years old next September. To mark the occasion, there will be a Nine Day Giveaway in July to mark the anniversary of Jane’s reign.