Nicola Tallis is the author of ‘Crown of Blood: The Deadly Inheritance of Lady Jane Grey.’ 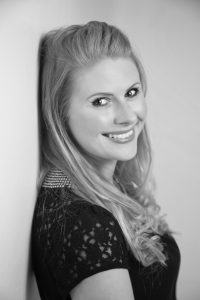 Many thanks to Nicola for answering my questions. 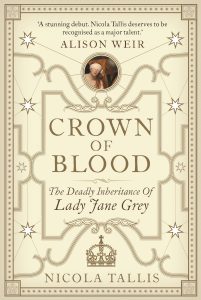 Initially I actually spent some time researching and writing about Jane’s mother, Lady Frances Brandon. It was only when I started delving around in various archives that I realised that there was more to say about Jane, and that she deserved a fresh appraisal. I’m glad that I did as it’s been a fascinating experience, and she has been an intriguing subject for a first book.

What does your book add to existing works about Lady Jane?

One thing that struck me whilst I was researching was that over the years so many myths have attached themselves to Jane, that the real her has become somewhat obscure. I really wanted to highlight that Jane was a real person who existed on more than the pages of books. With this in mind I really tried to concentrate on the human and emotional aspects of her story and bringing those to the fore, while at the same time retaining historical accuracy.

What did the trial documents add to your knowledge of Jane and Guildford?

It’s a brilliant feeling and a real privilege being able to handle original documents, and through this alone I got a real sense of immersion into the period. The contents of the documents really helped to contextualize the trial and the events leading up to it. They also clarified the organization and the proceedings, and really accentuated Jane’s vulnerability: she was the youngest royal woman to be condemned for treason, and it must have been an utterly terrifying experience. The documents really highlighted that.

What surprised you most researching this book? I was interested to read that none of the contemporary evidence states where exactly in Syon House Jane was offered the crown.

Everything surprised me to be honest! I was surprised to find that there were documents out there that nobody had ever incorporated into a published biography of Jane before, and I was surprised by how much I learnt about her. There’s this stigma around Jane which labels her as a tragic victim, and while that is of course undoubtedly partially true, I also think it’s also incredibly unfair. There was far more to Jane than that, and what really struck me was her intelligence and her spirit. She was so learned that she caught the attention not only of many notable scholars in England, but people were also talking about her on the Continent – to me this shows that she really was rather remarkable, and deserves to be remembered as much for this as for the manner of her death.

Do you agree with Janel Mueller that the prayer book Jane used at her execution was given to her by Catherine Parr?

I think it’s a possibility. However, the truth is that we simply don’t know, and I think that in reality any person could have given Jane the prayer book at any time in her life.

The book contains portraits of Katherine and Mary Grey but the only representation of Jane is Delaroche’s ‘The Execution of Lady Jane Grey.’ Why have you not included any of the possible Jane portraits?

I wrote an appendix about so-called portraits of Jane, and we know that there was at least one portrait of her. In truth I don’t believe that any of the portraits purported to be Jane really represent her – I think that any true likenesses have either been lost, destroyed or mislabeled. For that reason, why would I include a ‘possible Jane portrait’?

Crown of Blood: The Deadly Inheritance of Lady Jane Grey by Nicola Tallis is out in hardback on 3rd Nov, priced £20.00 (Michael O’Mara Books)