I have finally got round to writing up the episode from the ‘Bloody Tales of the Tower’ series which featured Lady Jane and was shown on the National Geographic channel in April.

Bloody Tales of the Tower: Executions

The second episode of ‘Bloody Tales of the Tower’ presented by Suzannah Lipscomb and Joe Crowley, looked at three executions at the Tower of London. One of these was the execution in 1554 of Lady Jane Grey. 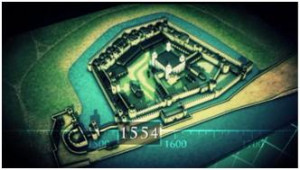 Jane’s execution is described as ‘the most infamous execution of a notoriously bloody reign.’

Who was the rightful Queen?

Suzannah Lipscomb and Joe Crowley investigate this question. Suzannah describes Jane as ‘famously supposed to be the only monarch who was executed at the Tower.’

‘She is called Lady Jane Grey and not ‘Queen Jane’. The question is, was she really Queen at all?’

As part of her investigation, Suzannah visits places related to Lady Jane, these include Bradgate Park, where Jane was possibly born and grew up and the present day site of Durham House, London, where Jane was married to Guildford Dudley in May 1553. 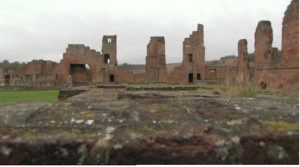 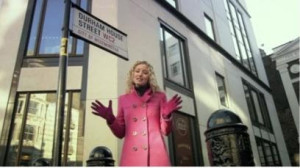 At the Inner Temple Library, she looks at ‘Edward’s Devise for the Succession’ to discover who Edward left the crown to. 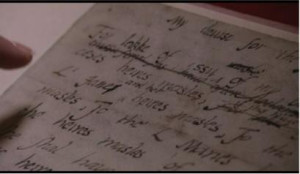 Suzannah goes on to say that when Jane was installed in the Tower of London, ‘the reluctant 16 year old Queen wrote a poignant letter.’ 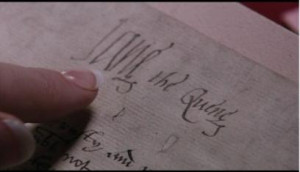 ‘It starts ‘Jane the Quene, Trusty and well beloved we great you well, our cause we doubt not but this the most lawful possession of the crown.’ The letter ends, ’18 July in the first year of our reign.’ 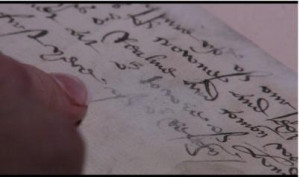 ‘In this very letter Jane is saying that her possession of the crown is lawful…It’s really quite sad because here in this one statement you’ve got the great hope for the future that she has. Jane was only 16; she was hoping to live out her life as Queen.’

Joe Crowley discussed Mary’s campaign with historian Anna Whitelock. Anna described Mary’s move from Kenninghall to Framlingham and how her campaign was based on the legitimacy of Henry VIII’s will.

The next part of Dr Lipscomb’s investigation takes her to Westminster Abbey.

‘Today we remember Jane as a tragic victim but shouldn’t we also remember her as Queen Jane, even though she was crowned here at Westminster? Historian Chris Skidmore thinks so and the proof is right here in the Abbey,’

Chris Skidmore shows Suzannah the tomb of the two princes in the Tower. The inscription on the tomb reads Edward V King of England.

He says ‘It just goes to prove, he did not have a coronation but is considered Edward V, King of England. Another example is Edward VIII. Even though Jane herself never had a coronation, I believe you can still regard her as Queen Jane.’ 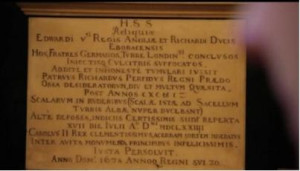 Suzannah concludes,  ‘We’ve got two kings in history who weren’t crowned and who were monarchs, so Lady Jane Grey is one of those. We should call her Queen Jane, we should remember her as a true Queen of England before Mary came along and seized her throne.’